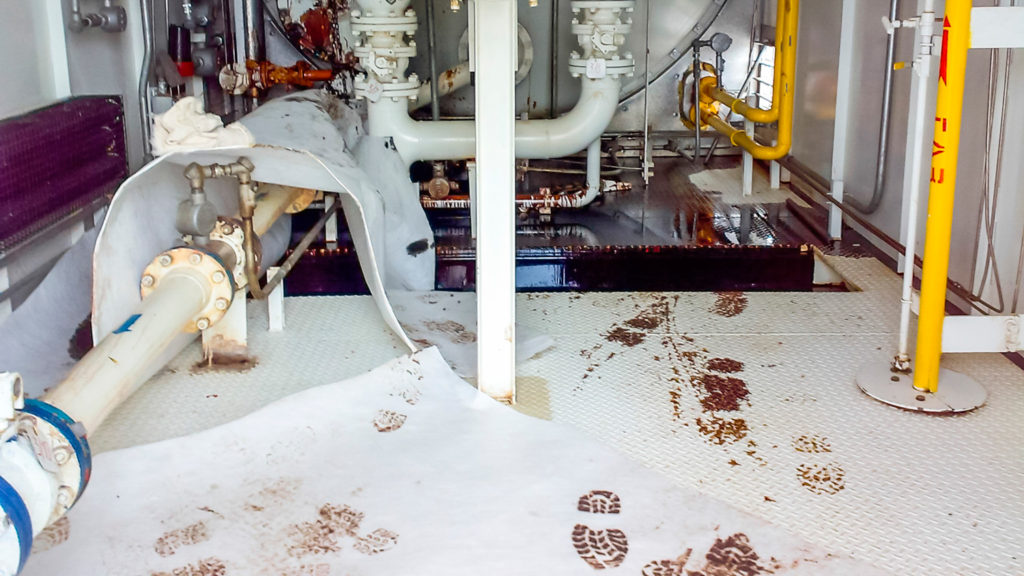 Oil spills can be deadly, killing microscopic organisms, thus damaging entire food chains, and causing severe environmental damage. To combat oil spills, Oil Spill Eater II (OSE II) was developed in 1989 in the USA and has been used to clean up more than 44 000 spills since. Approved by the US Environmental Protection Agency (and featured on the National Contingency Plan List) and the UK Marine Management Organisation, OSE II is now available in South Africa through Lubrication Engineers (LE) SA.

Converting waste into a food source

The product is marketed as ‘the world’s most environmentally safe and cost-effective bioremediation process for the mitigation of hazardous waste, spills and contamination virtually anywhere of any size, large or small’ and uses a biological enzyme to convert waste into a natural food source for bacteria found in aquatic environments.

‘Unlike other supposed bioremediation oil clean-up techniques, OSE II is not a bacteria, a fertilizer or dispersant product,’ explains Callum Ford, national marketing manager for LE South Africa. ‘Basically, OSE II contains nutrients that attract indigenous bacteria. These then rapidly multiply, which speeds up the natural spill remediation process. In nature, bacteria release enzymes and biosurfactants that attack the spill. The biosurfactants emulsify the spill, breaking it down to be used as a food source for the bacteria. The end result of this process is CO2 and water.’

OSE II is applied by surface spray apparatus and the usual mixing radio is 1:50 – 1 litre of OSE II mixed with 50 litres of non-chlorinated water (as the water needs to contain bacteria). Denser concentrations can be used for older or heavier spills to accelerate the oil-eating process. The process cleaning time duration varies from a few hours to several weeks, depending on the kind of hydrocarbon and type of spill.

OSE II can bioremediate most organic-based compounds and almost all hydrogen-based compounds. ‘OSE II is also the perfect solution for cleaning up oiled wildlife and marine life because it works so swiftly and is non-toxic, causing the oil to just easily slough off once sprayed on,’ says Ford. ‘This causes less trauma for the animal being cleaned and a much faster and easier clean-up process. The spill is detoxified to the point that indigenous bacteria can now use the oil as a food source.’