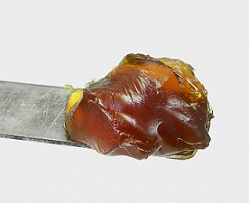 Friction and lubrication are concepts that most people understand, but probably rarely think about. Yet both are central to various aspects of everyday life. Callum Ford, National Marketing Manager at Lubrication Engineers (LE) South Africa, believes that a foundational understanding of friction, lubrication and viscosity will help anyone working with machinery or mechanical equipment to keep it in good working condition, protect its longevity and ensure optimal efficiency, saving on costs and energy usage.

“There are various types of friction,” he says. “Dry friction is the result of movement of one solid body across another, such as a log being dragged on the ground or a piston sliding up and down in a cylinder. Friction is essentially the resistance to motion that’s caused by the rubbing and interlocking of tiny projections on the surfaces of all solid bodies. While it’s obvious that the surface of the log is rough, the piston’s metal surface looks very smooth until you look at it under a microscope.”

In addition to being cohesive, an oil has to be adhesive. It must stick to metal or have the ability to wet metal. This combination of cohesion and adhesion in oil is what makes it resist being squeezed out of a bearing. The two determine whether or not the lubricant will maintain an unbroken oil film between rubbing surfaces.

Ford says that the first rule of lubrication is: use the lightest possible weight of oil. In other words, the best lubrication and the least amount of fluid friction will come from the thinnest oil that has sufficient film strength to carry the load. “Viscosity should be the first consideration in choosing a lubricant for a particular application,” he says. “Viscosity should be suited to the speed and load so as to result in the least amount of friction.”

Heavy oils develop greater pressure than light oils and will support greater loads. Increased viscosity is due to larger molecules, greater attraction between molecules and greater difficulty in separating from each other or sliding past each other. If a thinner oil is used, then an increase in load can be tolerated if there is also an increase in speed.

When mineral oil is heated, it becomes thinner – its viscosity decreases. This must be considered when prescribing lubricants, particularly when operating temperatures fluctuate.

“We express this viscosity/temperature relationship by the term ‘Viscosity Index’, which is a way of comparing the viscosity/temperature relationships of lubricating oils,” says Ford. “If this is all sounding complicated, it’s because it can be. When selecting a lubricant for a particular application, we also need to consider things like what type of additives you should consider for the best results. That’s why we’d suggest speaking to a lubrication specialist who can ensure that not only are your lubrication requirements met, but that the product recommended will help to protect your equipment and keep it running well for as long as possible.”