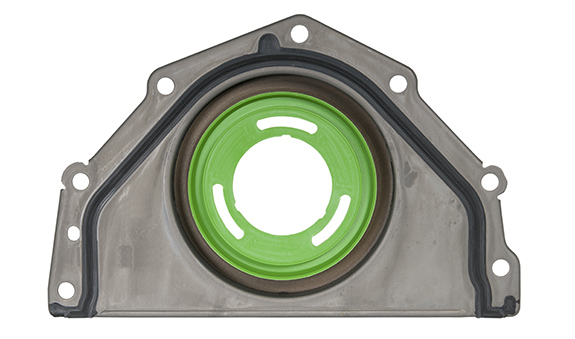 Seal failure or leakage can be catastrophic, causing equipment damage and ultimately failure. It’s important to understand lubrication and seal compatibility to avoid these issues.

Callum Ford, national marketing manager at Lubrication Engineers (LE) South Africa, explains that different seals have different tolerances in terms of temperature and pressure, and the different materials are compatible with difference applications. It’s critical to ensure you are not using a lubricant that is incompatible with your seal.

“We normally divide fluid seals into two main classes: static seals and dynamic seals,” he says. Static seals include gaskets, o-ring joints, packed joints, welded joints, and similar devices used to seal static connections or openings with little or no relative motion between mating parts. A dynamic seal, on the other hand, is any device used to restrict flow of fluid through an aperture closed by relatively moving surfaces, although certain dynamic seals include static sealing elements in their design.

While seal components and gland ring parts for noncorrosive fluids (such as gasoline, hydrocarbons and oils) are usually made from ferritic stainless steel, applications that require moderate corrosion resistance (for example those in environments such as water, sea water, diluted acids, fatty acids and alkalis), austenitic stainless steels are widely used.

“For highly corrosive environments, such as strong mineral acids and strong alkalis, seals tend to be made from nickel-copper base materials,” says Ford. “We find that when people choose to change the lubricant, they typically focus on minimising friction and wear in the gears and bearings, but they might forget to consider how the change may affect the seal.”

The wrong lubricant choice can result in several problems, including:

“LE South Africa has developed a lubrication and seal compatibility chart to assist our customers in choosing the right lubricant for their particular seals,” says Ford. “We are also able to assist in matching a lubricant to a particular application, operating environment and seal type. If you’re unsure about what you need, I would highly recommend speaking to a qualified tribologist (tribology is the science and engineering of interacting surfaces in relative motion, including lubrication). They will be able to ensure your lubrication does what it needs and helps you protect your machinery,” he concludes.

This article was featured in Capital Equipment News.

Engine oil filtration and the role of the correct lubricant