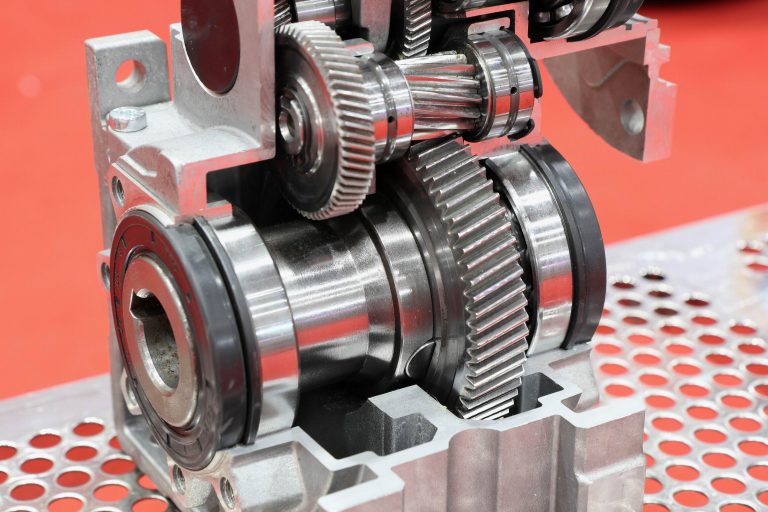 Worm gears are specifically designed to transmit motion and power between nonintersecting shafts (such as shafts at right angles to each other). Because worm gears work differently to other gears, they require specialist lubrication.

Unlike other gears, the worm can easily turn the gear, but the gear cannot turn the worm. This, Callum Ford, National Marketing Manager at Lubrication Engineers (LE) South Africa, explains is because the angle on the worm is so shallow that when the gear tries to spin it, the friction between the gear and the worm holds the worm in place. This feature is useful for machines such as conveyor systems, in which the locking feature can act as a brake for the conveyor when the motor is not turning. “However, this static action can cause massive pressures on the film of oil, often rupturing the film and allowing metal-to-metal contact, which is why we recommend specialist lubrication to guard against this happening,” says Ford.

In a worm gear, there are two components: the worm and the worm wheel or gear. “The worm looks almost like a screw, but it’s really a special form of helical gear and its teeth are referred to as threads,” Ford says. “While the worm is usually made of a hard, wear-resistant steel, the worm wheel should made from a good bearing bronze.”

The worm wheel is throated or curved on the face to partially envelop the driver. Its action in the worm gear is similar to the action of a screw on a nut. Due to the wedge-like action of the worm thread on the gear tooth, the set is relatively quiet in operation. It also provides a very wide range of speed reduction. Ford says that worm gears are often used where space is very limited. “High gear ratios may be obtained, often over 300:1. However, at high ratios the efficiency can be as low as 40-50%,” he says. “The worm drives by its threads sliding into contact with the teeth of the worm wheel. This constant sliding action generates heat due to friction and therefore adequate cooling and superior lubrication must be provided for gears working at high sliding velocity and load.”

The bronze (from which most worm wheels are made) is very sensitive to active sulphur, which is found in most EP gear oils. “When activated this can etch the gears, so I’d recommend steering clear of options that include active sulphur,” says Ford. “It’s really important to choose an oil that adheres to the metal surfaces (whether the worm is above or below the wheel), provides an excellent film strength and prevents surfaces from welding to each other from the sliding action.”

There are three basic types of worm gears, and each requires specific lubrication:

Getting to grips with gears and lubrication