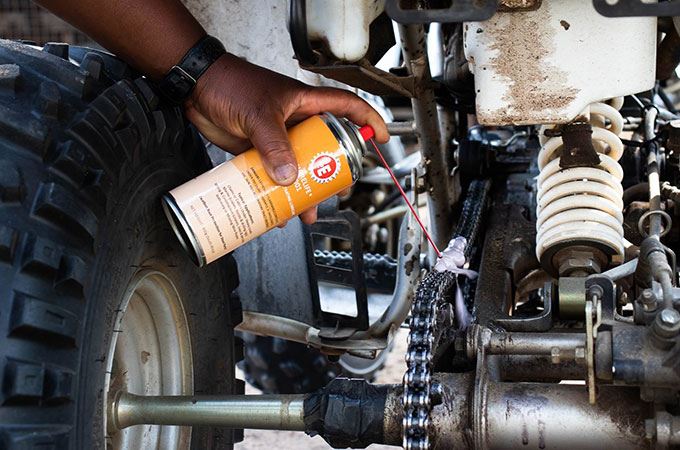 Callum Ford, National Marketing Manager at Lubrication Engineers (LE) South Africa, says that previously, to retain the ISO 9001 cleanliness standard, the company was importing this versatile, wear-reducing penetrative lubricant from the LE Inc. parent company in the United States in batches of already filled cans. However, LE South Africa has since partnered with a local filling company that is also ISO 9001 certified, and is therefore now able to produce the aerosol canisters locally, cutting the price of the product from R560 (ex VAT) to R195 (ex VAT).

“We’re very excited about this, because it’s a great product that will now be far more accessible and competitive in the local market,” says Ford. “Wirelife Monolec 2001 was originally designed to penetrate to the core of wire ropes, as well as chains, but it’s an exceptionally versatile lubricant and can be used to loosen bolts that have rusted tight, or for cranes, hoists and rigs. It’s useful in a range of applications that require excellent corrosion resistance and high load carrying (EP) properties.”

He explains that the product contains a petroleum solvent to enhance its ability to penetrate. The solvent evaporates, leaving behind a film of heavy-bodied lubricant that protects and lubricates. It also contains LE’s proprietary Monolec additive, which is used in LE’s engine oils, industrial oils and many of its other lubricants.Monolec creates a single molecular lubricating film on metal surfaces, vastly increasing film strength without affecting tolerances. It allows opposing surfaces to slide by one another, greatly reducing friction, heat and wear.

“We’ve got our first 114 boxes of locally filled Wirelife Monolec 2001 ready, and we’re looking forward to getting them out into the market and seeing more customers experience how well this lubricant works” says Ford.

This article was featured in AutoForum, click here to read the article.

Using correct lubrication to get the most out of plain bearings